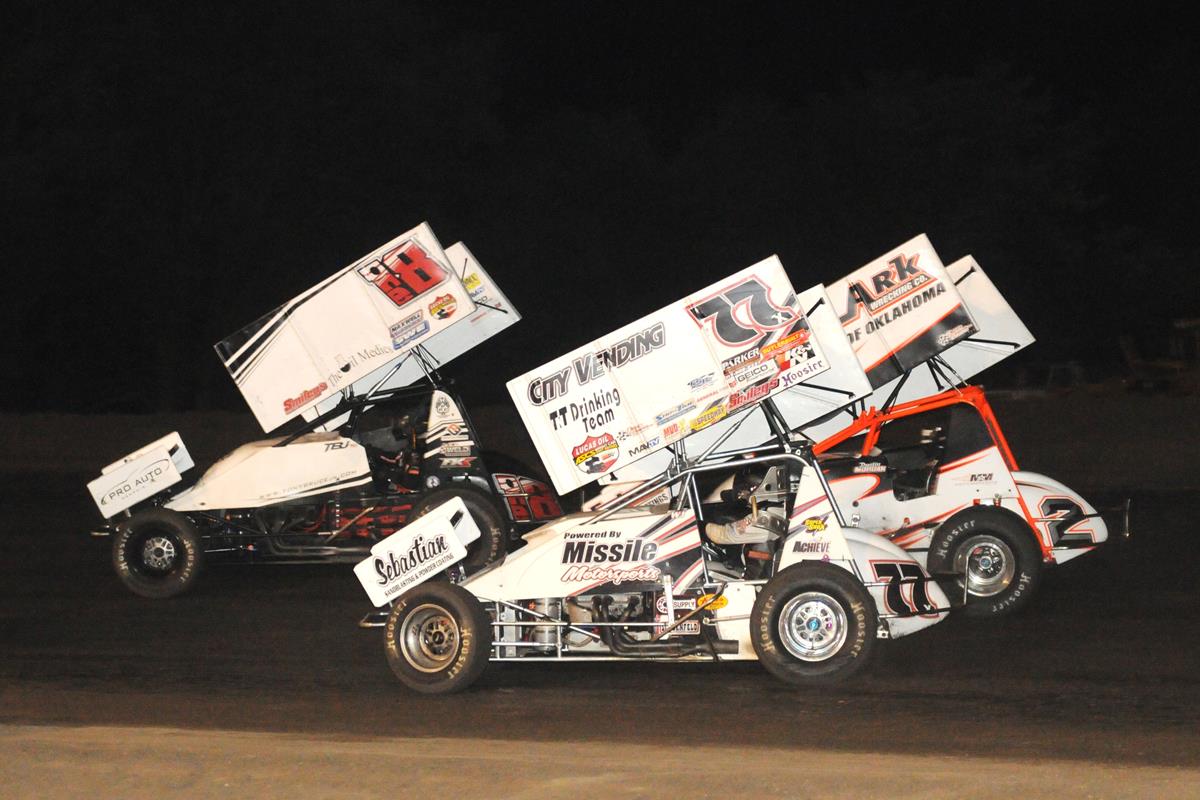 Bryan Hulbert - Tulsa, Oklahoma (July 9, 2012) In a season unlike any other experienced with the Lucas Oil ASCS presented by MAVTV, rounds 28 through 30 in the championship hunt would have in years past revolved around a season gone by. In fact the 28th, 29th, and 30th races held in 2011 consisted of the season ending Western World but in 2012 these nights on the calendar represent new tracks, new states, and new drivers in a season still shy of its halfway point.

Joining the list as the 123rd different track to feature the Lucas Oil American Sprint Car Series presented by MAVTV, Electric City Speedway in Great Falls, Montana will see racing on Wednesday July 11th and carries the distinction as the first Montana oval to host the Lucas Oil ASCS presented by MAVTV. Listed as track No. 124 on the list, Willamette Speedway in Lebanon, Oregon prepares for a double header on Friday July 13th and Saturday July 14th.

Swapping the points lead six times since the start of the season, Jason Johnson again shows the way with a 60 point advantage following a ninth place showing at I-90 Speedway this past Saturday.

Suffering his first DNF of the season, Wayne Johnson was credited with twenty-third this past Saturday following a massive flip on the opening lap of the A-Feature. Capitalizing on the situation, Brady Bacon ran to a podium finish; successfully shaving 22 markers off his point’s deficit.

Johnny Herrera continues to stack on consistent runs to maintain fourth in the tour standings with Tony Bruce Jr. moving back into the top five only seven points ahead of Brad Loyet.

Seth Bergman has slowly been fighting his way up the point standings. Moving into seventh this past weekend the Washington driver was joined by Dustin Morgan as another mover following a pair of top five finishes this past Friday and Saturday night.

Continuing to gain speed, Logan Forler has moved into the ninth slot with Gary Wright now rounding out the top ten.

All Lucas Oil American Sprint Car Series national events are broadcast live on www.racinboys.com for anyone who is unable to attend the races live. Official results, points, and race notes are posted at www.ascsracing.com. The Lucas Oil ASCS presented by MAVTV can also be found on Facebook and Twitter.

Lucas Oil ASCS on TV: A full schedule of tape-delayed races for the 2012 season can found at www.motorsportshour.com.

The Lucas Oil American Sprint Car Series presented by MAVTV is scheduled to compete 68 times throughout the United States with drivers competing for their share of a $250,000 point’s fund.

Additional information regarding the American Sprint Car Series is available at www.ascsracing.com.