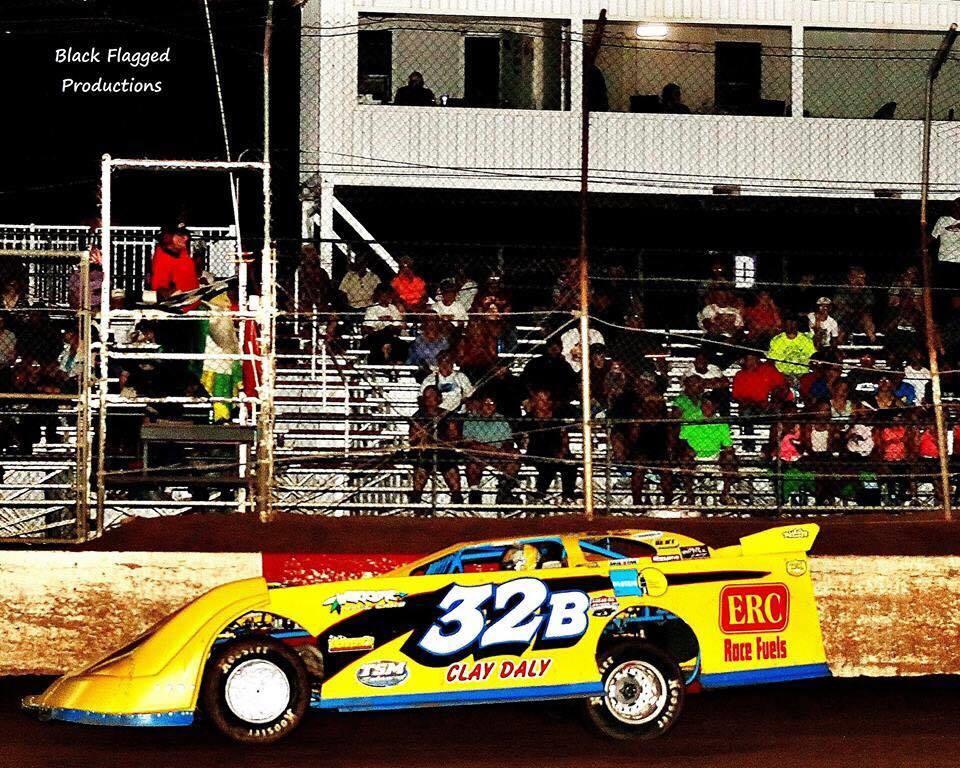 California’s Clay Daly Clair Cup Bound
By Ben Deatherage
(Photo Courtesy of Black Flagged Productions)
Watsonville, California- Representing the Golden State of California at this year’s Clair Cup is Clay Daly. The Watsonville chauffeur will be making his first appearance at Lebanon, Oregon’s Willamette Speedway since 2011, which was before the massive remodel in the winter of 2011-12. He was in attendance at the June 15th Wild West Modified Speedweek date playing the role as crew chief, for Don and Matt Jenner, but this time will be back behind the wheel of his Pete Van Iderstine owned Warrior Race Cars/Cornett Racing Engines/ERC Fuels/FYE Promotions/Wolf-Pack Race Cars & Consulting/Bert Transmissions/Beyea Custom Headers/Wehrs Machine & Racing Products/Behrent’s Performance Warehouse/Shifty Illusions/Bakersfield Speedway #32B Warrior.

“Last time I was at Lebanon was when this deal was a hundred lapper on the old track,” commented Daly, “last month I got to see how the place races and the place used to race a lot a different. It’s good that we have a preliminary night to do some testing and get comfortable for the final night.”

Clay would finish sixth in the main event of the 2011 Clair Cup. He will look to better that position on Sunday July 3rd for the finale. 2016 has already been a bit of an interesting year for Daly.

“It’s been a different kind of year for me,” he continued, “I didn’t start racing the Mod until May and in the Late Model I had some struggles at the beginning of the year and had some part failures that put us behind.

“It’s been a slow process but getting better. I’ve been in the top five the last few shows. After Willamette my car owner (Pete Van Iderstine) will drive sixteen hours straight back home on Sunday before he takes the car back to Midwest on Wednesday.”

Some events that Daly plans to make is the July 16th Diamond Nationals at Wheatland, Missouri’s Lucas Oil Speedway as well as the Silver Dollar Nationals at I-80 Speedway in Greenwood, Nebraska on July 22nd and 23rd.

Clair Cup is Saturday July 2nd and Sunday the 3rd. Tickets for each event are $14.00 for Adults, Juniors/Seniors/Military $10.00, Youths $5.00, and a Family Pass (2 Adults and up to 4 Youths) $35.00. The times for both nights are Front Gates open at 3:30 PM and Racing kicks off at 6:30. And drivers we want to let you know that the pit meeting has been moved up to 3:30 PM for each day. For more information log on to www.trophymotorsports.com.