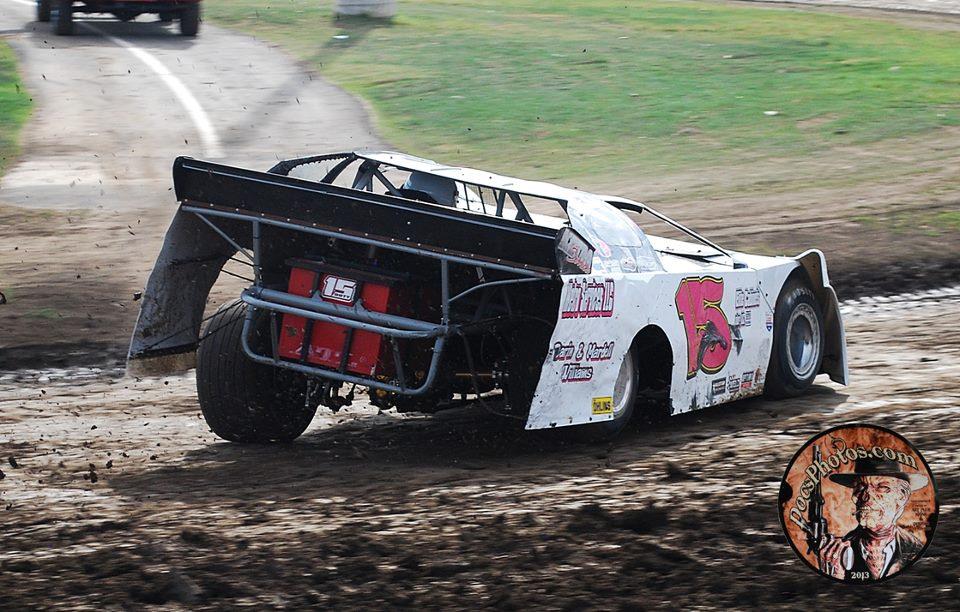 In the Super Dirt Late Models Joey Tanner would be dominant in the early goings. Unfortunately, under a long caution flag period, the Portland pilot would experience some mechanical issues that force him to pull off of the track. This would give Justin Duty, now living in Mulino, the top spot.

Duty would have his hands full for some time with Portland’s Brian Cronk. Eventually, Duty would secure the lead and pull away. When checkered flag dropped it was Duty the winner. It was the second occasion he has won at Willamette this season.

Brian Thompson, out of Sweet Home, would be the dominant force in the Super Sports. Thompson wasted no time getting to the front and took off eventually getting the victory. The triumph would put him at four wins in the current campaign.

In the Sportsman ranks, there would be a terrific race for the win. Crawfordsville’s Tom Yeack and Lebanon native Chad Slover be the class of the field. Slover was the leader for some time before Yeack made it around him in lapped traffic. However, Yeack was not completely out of the woods. Slover would catch back up with Yeack and put him under an enormous amount of pressure in the final five laps. But despite the pressure Yeack would maintain the lead and would win his seventh feature of the year.

In the Street Stocks, David Cronk would take care of business. Cronk, out of Portland, would go on to win his second main event of the season.

Last but not least were the Hornets. Although she would lead just the final ten laps Albany chauffeur Row Lovvorn would pace the field for the ten laps that counted. Lovvorn won her fifth race of the current campaign.

Willamette Speedway returns to racing on Saturday, August 6th. Classes in action include the Wingless Sprint Series, Super Sports, Street Stocks, and Hornets. Tickets are $14.00 for Adults, Juniors/Seniors/Military $10.00, Youths $5.00, and a Family Pass (2 Adults and up to 4 Youths) $35.00. Front Gates open at 3:30 PM and Racing kicks off at 6:30. For more information, log on to www.trophymotorsports.com.