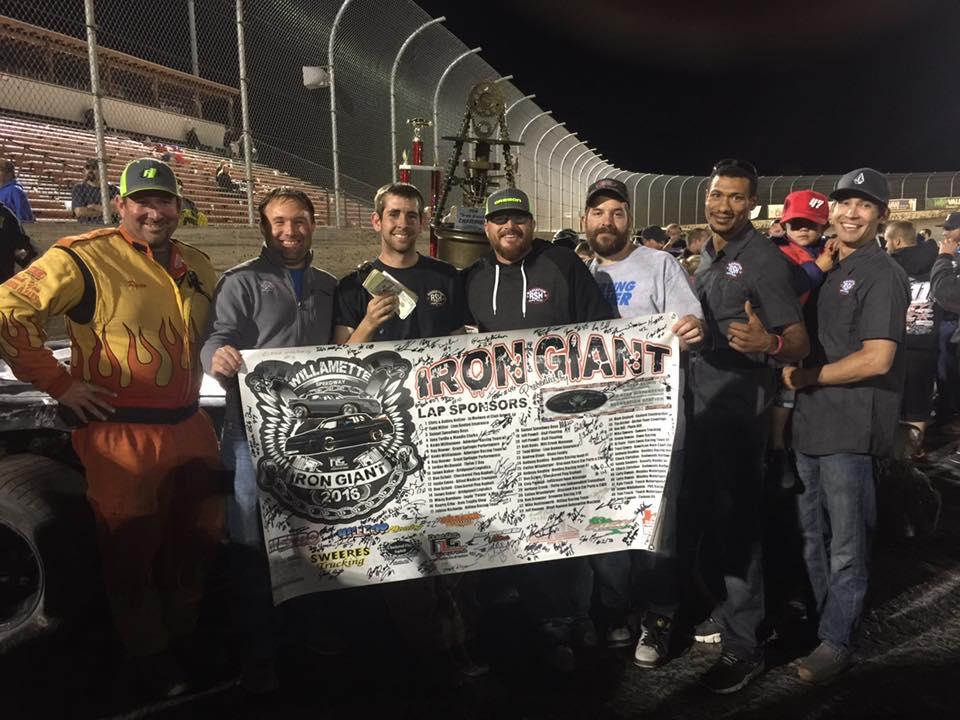 Kyle Yeack Wins Willamette Iron Giant Street Stock Race; Shank, Winebarger, Thompson, And Rhoades Also Get Saturday Night Victories
By Ben Deatherage
Lebanon, Oregon- Willamette Speedway would be in action on Saturday, September 3rd for the first night of the Fall Frenzy Classic weekend. Headlining the evening was the Street Stocks for the Iron Giant. Originally the winner’s share was $3,000.00 but by the end of the evening, the purse had increased to over $5,000.00 to win. Super Late Models, IMCA Modifieds, Super Sports, and Sportsman were also on hand.

In racing, it doesn’t matter how many laps you lead it’s all about who is in front at the end. That was the case for the Street Stocks. Despite not leading a lap before the finish Kyle Yeack, from Lebanon, would make a pass for the lead coming to the checkered flag after a late race restart. It was Yeack’s third Street Stock victory at Willamette, and second straight, as well as his second straight Iron Giant triumph. The event was a massive success with over fifty Street Stocks signing up on the registration sheets.

Salem’s Jeremy Shank was able to obtain the lead late in the Super Late Model feature. Shank now has two victories at Willamette despite running a limited schedule. It was his first win since picking up the big win at the 2016 Clair Cup.

In the IMCA Modifieds, Collen Winebarger would hold on for the victory. Winebarger, out of Corbett, held off the hard charging Sweet Home chauffeur, Brian Thompson, to collect his third Mod win at the 1/3-mile clay oval. Collen now has the most Modified victories at the facility.

Brian Thompson was a busy fellow on Saturday night. He managed to pick up the win in the Super Sports. It was his sixth victory during the current campaign. There would be a new feature winner in the Sportsman division. Lebanon’s Casey Rhoades finally was able to finish in first. Rhoades is now the fourth different winner in the class all year long.