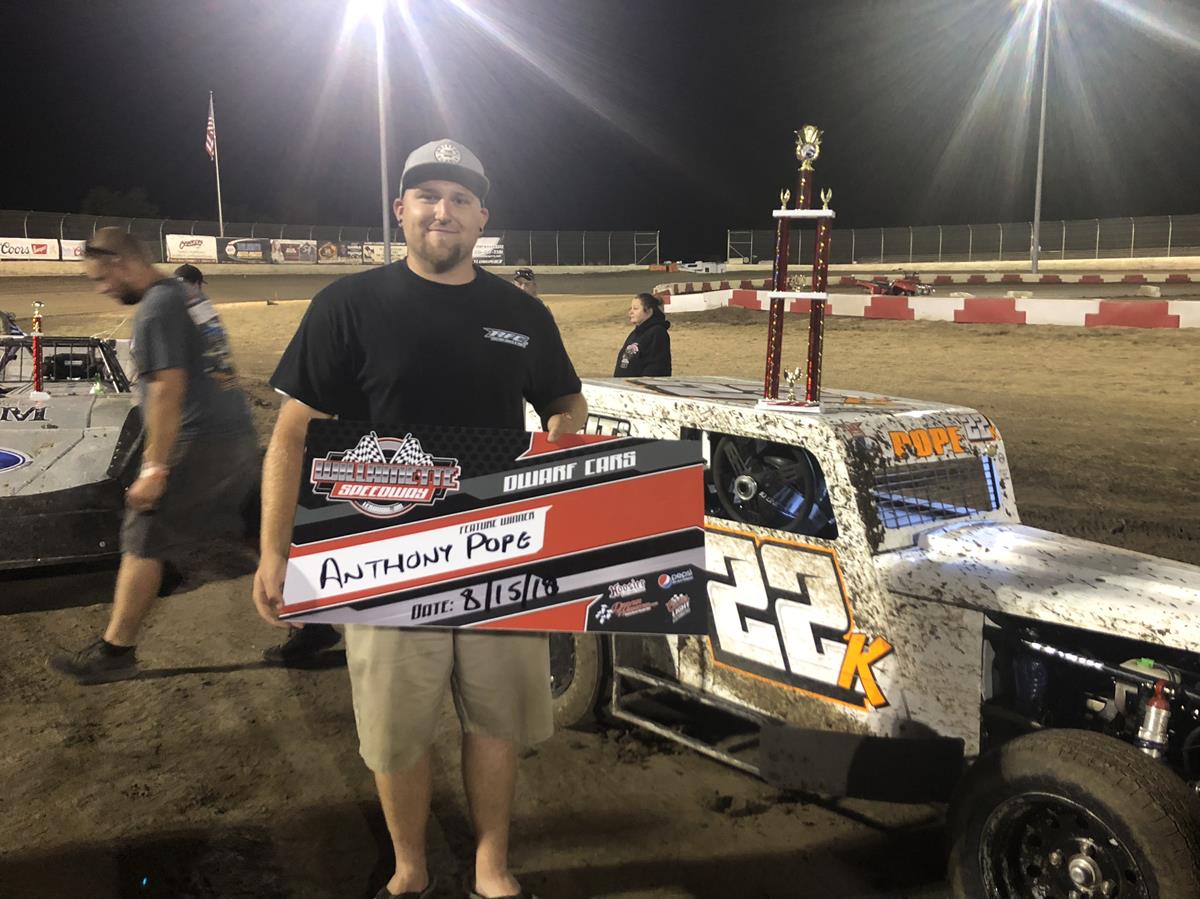 Pope Wins Night Four Of Dwarf Speedweek; Elkins Conquers Super Sports
By Ben Deatherage
(Photo Courtesy of Stephanie Deatherage)
Lebanon, Oregon- In addition to the Interstate Sprint Car Series racing at Willamette Speedway on Wednesday, August 15th, so were two other divisions. The Dwarf Cars and Super Sports made up the rest of the card for the evening. Thirty-five Dwarfs were in attendance and it was their fourth night of the inaugural Dwarf Car Speedweek.

Scappoose chauffeur Jake Van Ortwick showed the way early in the Dwarf main. However, on lap eleven Anthony Pope made it past Van Ortwick. Pope kept back all contenders to go on to win his first race of the week and the fourth different winner in as many nights.

In Super Sport competition it was all about Doug Elkins. Salem’s B.J. Donofrio was in control for the opening seven laps before Doug Elkins took control of the coveted top spot. Elkins, also from Salem, dominated the remainder of the distance to win his fourth feature of 2018. It was also a clean sweep for Doug after winning both the heat and trophy dash as well as setting quick time in qualifying.

Willamette Speedway is back Friday and Saturday for the Big Sky Landscaping Modified Nationals/Great American Hornet Challenge presented by AAMCO Transmissions and Total Car Care of Corvallis, Newport, and Lebanon. IMCA Modifieds, IMCA Sport Mods, and Hornets run both nights while Street Stocks and Super Sports will be added on Saturday only.