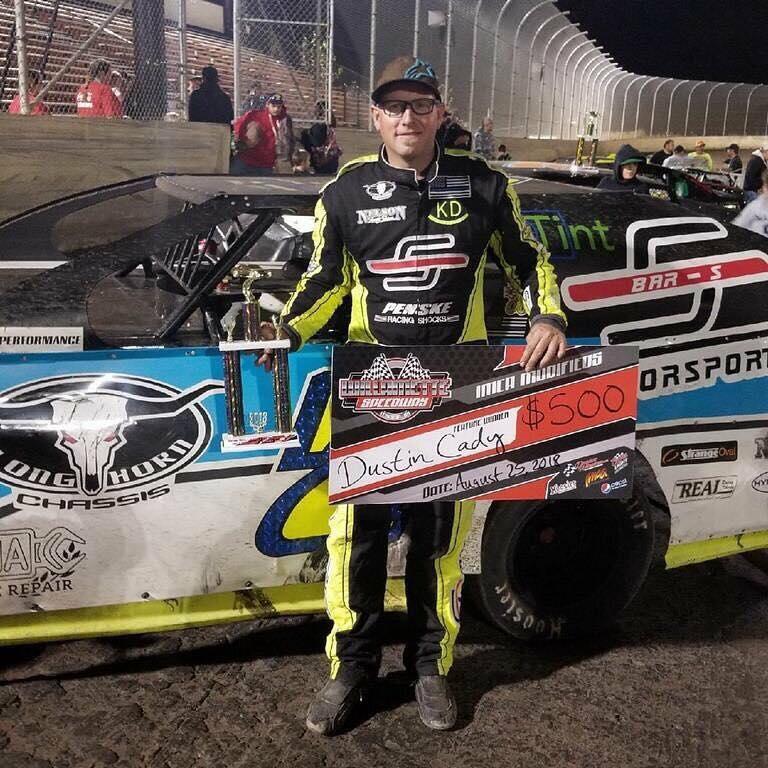 D. Cady, Elkins, Boyd, B. Gentry, And Scott All Victorious At Willamette On August 25th

Albany’s Dustin Cady returned to victory lane after a brief absence to win his fifth main event of the year. Salem native Doug Elkins earned his fifth win of the year, tied for the most with B.J. Donofrio, as he is still in a tight point battle with Randy Barley. Randy Boyd, of Lebanon, won his second race of the current campaign in the Sportsman division.

Lafayette pilot Brad Gentry paid his second visit to the winner’s circle in IMCA Stock Cars to be level with Dakota Goddard in the win chart. Finally, K.C. Scott, making the journey from Springfield, bested the Hornet competition for the fourth time this season.

Willamette Speedway returns for one of its biggest race weekends this Friday, August 31st, and Saturday, September 1st. The Fall Frenzy will consist of two consecutive nights of racing featuring Super Late Models, IMCA Modifieds, Super Sports, Sportsman, Street Stocks, and IMCA Stock Cars. Saturday will be the final race for the IMCA Stock Car division while also Saturday is reserved for the biggest Street Stock race of the season, the Iron Giant.

But wait it doesn’t stop there as “The Greatest Show On Dirt”, the World of Outlaws Sprint Car Series returns for their one and only Oregon stop on Wednesday, September 5th. Super Late Model will play the role as the support class for the evening. Tickets can be purchased on the sites mentioned above. General Admission tickets can be bought at the front gate this weekend as well as the day of the event.