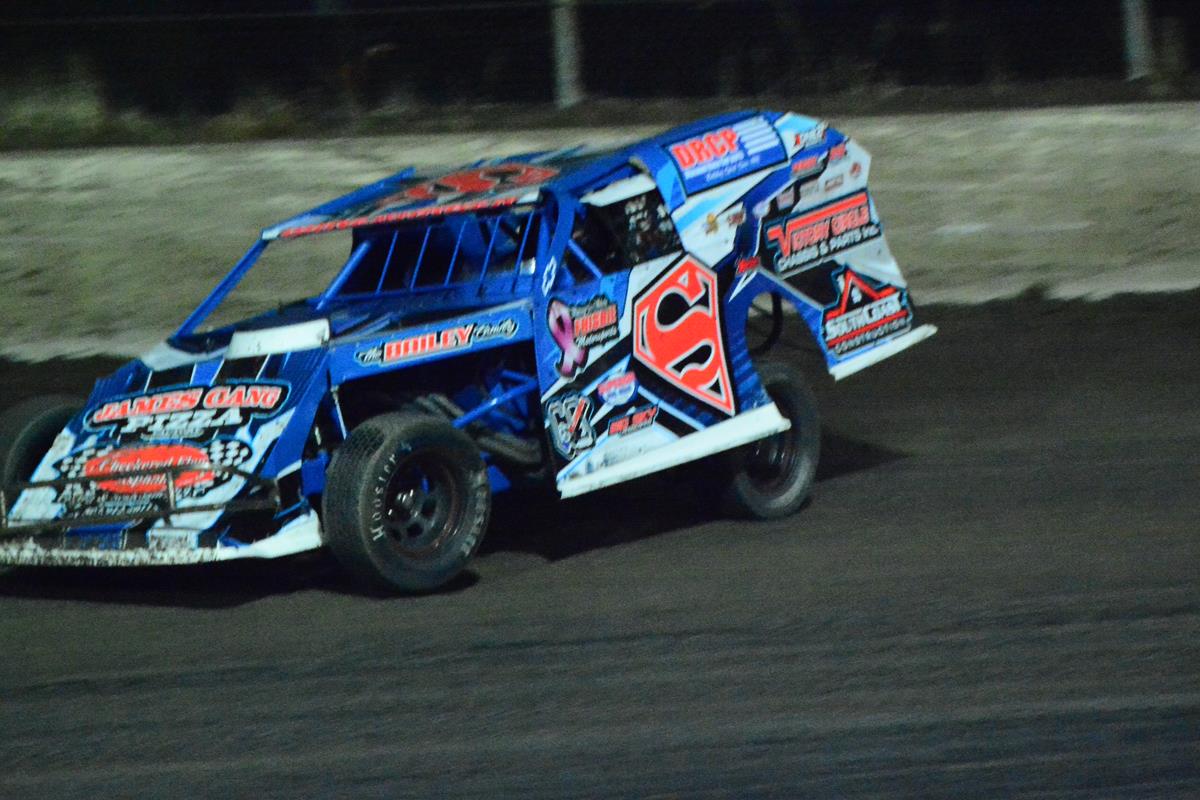 Winebarger Scores Three Willamette Wins In One Night; Moore, Simpson, And B. Gentry Also Hit Pay Lebanon Dirt On October 3rd
By Stephanie Deatherage
(Photo Courtesy of Doc’s Photos)
Lebanon, Oregon- The Willamette Speedway got back to the racing fray on Saturday, October 3rd. It was a rare instance that the historic ?-mile clay oval got the opportunity to host a race in the tenth month of the year. Classes in action included IMCA Modifieds, IMCA Sport Mods, Super Sports, Sportsman, Street Stocks, and Hornets.

Collen Winebarger got the job done in the IMCA Modified ranks. It is the first time that the Corbett chauffeur has won at Willamette in 2020 but is his eighth overall IMCA Modified win of the campaign. He now has been victorious at seven different racetracks in four states and the first time since August 8th at Grays Harbor Raceway in Elma, Washington.

Bricen James, from Albany, was scored second while in third was Tyson Blood, of Tumwater, Washington. Aloha’s Doug Lockwood and Lebanon racer Kyler Yeack were fourth and fifth.

Steve Moore is on a hot streak in the Super Sports. The Scio veteran now has accumulated three straight main event wins in the B.J. Donofrio owned machine. Albany’s Randy Barley was credited with second while finishing third would be Brian Winkler, of Newberg. Robert Mercer and Lebanon’s Chad Slover rounded up the top five, in fourth and fifth.

Collen Winebarger wasn’t done with his winning ways. Hopping in Chris Hallberg’s Sport Mod to run in the Sportsman division, he wheeled the car to the front to record not his first nor second but third triumph on the night. Kent Emry, of Coburg, hit the wire in the runner-up spot with Chad Slover behind him, in third. The fourth and fifth place finishers were Steve Piefer, from Corvallis and Scio’s Anthony Bentley.

Finally, the Hornets witnessed Brad Gentry conquer the class once more. Gentry, of Dayton, is now tied with Matt Diller for most wins in the class this year. Bradley Martin, from Dexter, finished in second while Salem’s Andrew Wright earned third. Ron Skeslien, of Albany, posted a fourth-place result with fifth going to Lebanon driver Jeremiah Johnson.

Willamette Speedway is slated to get back to racing this weekend. Be sure and stay up to date by visiting the track website at trophymotorsports.com or the Facebook page.