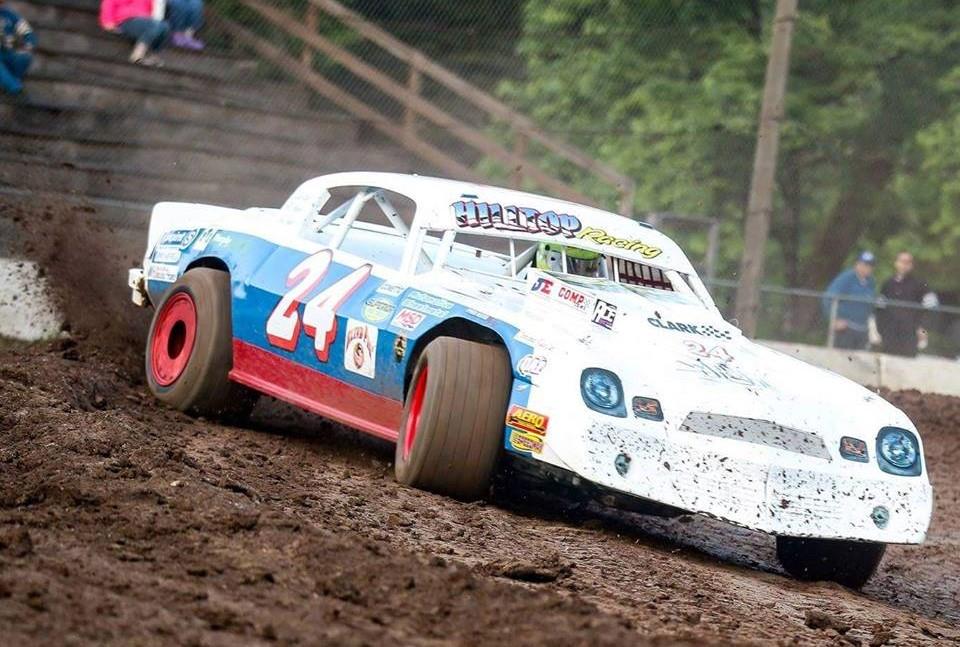 Chris Sine Wins Willamette Street Stock Feature
By Ben Deatherage
(Photo Courtesy of Dirt Monkey Productions)
Lebanon, Oregon- As the 360 Sprints paid a visit to Willamette Speedway Tuesday, July 5th for Speedweek Northwest the Street Stocks also would be in attendance. A good of cars would make the weekday trip to the famed 1/3-mile clay oval.

Lebanon’s J.J. Irvine got to the front early. Irvine paced the field until he would be passed on lap six by Chris Sine. Sine, from Eugene, would construct a decent lead over the rest of the field over the course of the main event. In the last few laps, he would be challenged by Portland driver Donald Schott.

Schott would get underneath Sine a few times but was unable to secure first place. Sine would hold on to win for the second time of 2016 at Willamette Speedway.

Donald Schott was a respectable second while J.J. Irvine ended the evening in third. Loren Kruesi of Jefferson was fourth while Eugene’s April Sine got fifth.

April Sine managed to set fast time of the night as well as emerging triumphant in the trophy dash. J.J. Irvine and Chris Sine were the two heat race winners.

Willamette Speedway will take Saturday, July 9th off and returns to action on Saturday the 16th for Mid-Season Championship presented Les Schwab Tires. Classes in action will be the Super Late Models, IMCA Modifieds, Super Sports, Sportsman, Street Stocks, and Hornets. For more information log on to www.trophymotorsports.com.